Like every traditional celebration, also the Midsummer Eve (juhannus)
contains traditions which are so important, that without them the
day just doesn´t feel perfect. 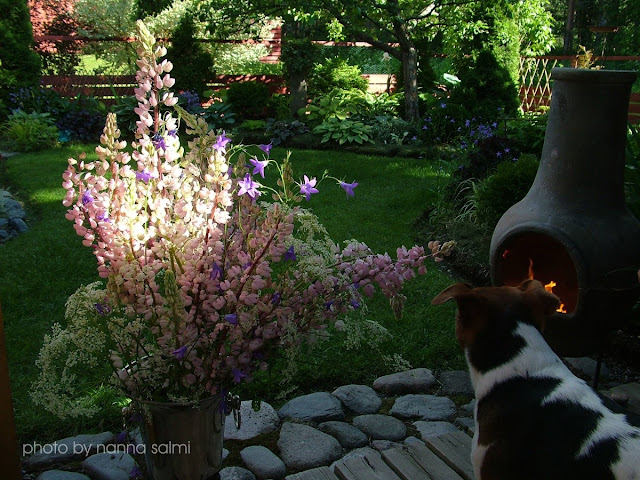 It is so long that you have time to do many things
before the celebration in the evening. Nanna loves to go
walking by the lake Vesijärvi. 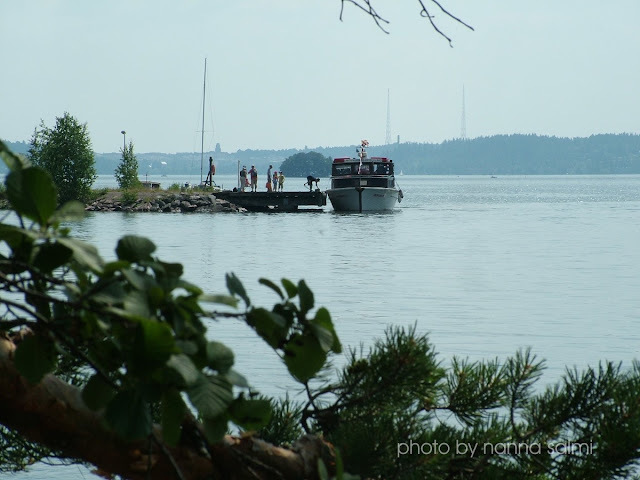 And Otto loves to swim in the lake Vesijärvi! 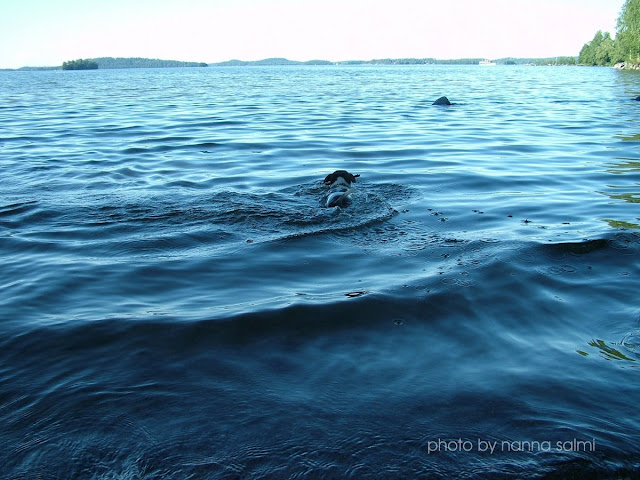 It´s very usual that the weather changes quickly and dramatically
during the day. Even several times! If the morning was hot and
misty, the early afternoon can be something very different! 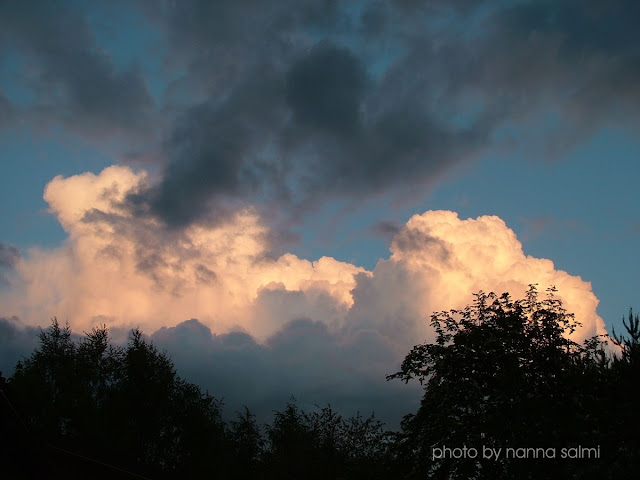 Midsummer lunch is eaten with the family and friends.
Wild flowers play a big role in a table setting. Grandmother´s
table cloth and china is also in use. 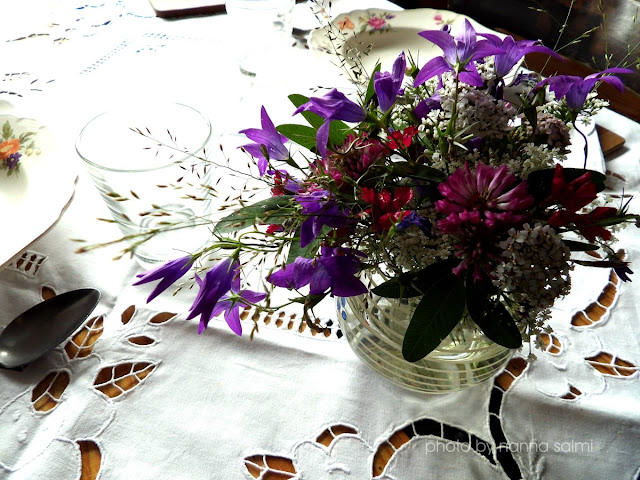 Sweet, small, new potatoes and fish - that brings
the taste of the summer into your mouth! 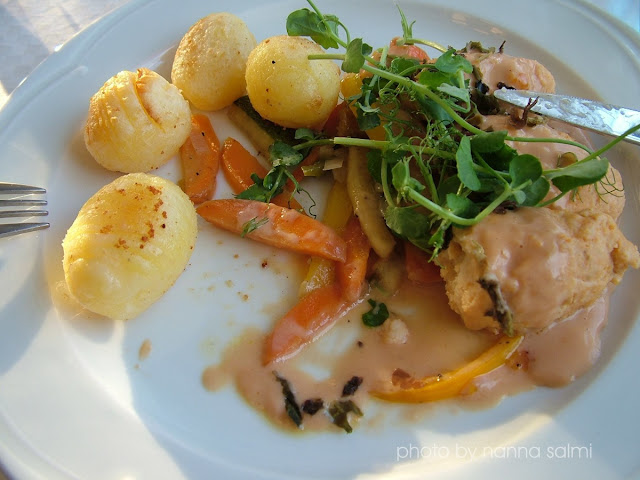 Does this need any words?
Recipe HERE! 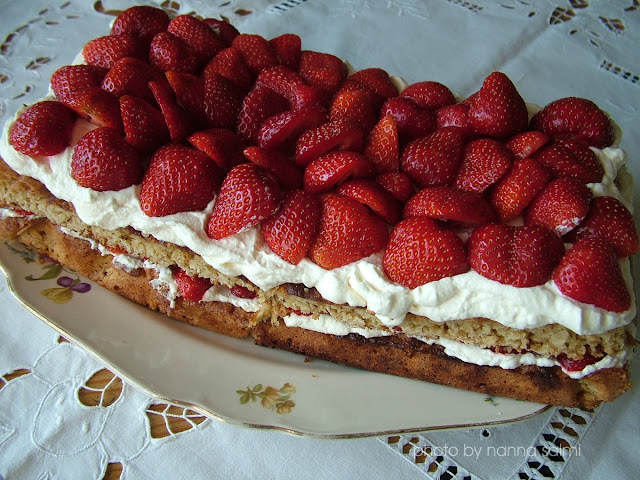 After lunch and nap a little walk in a forest... Collect seven flowers, put them
under your pillow and you will see your fiance to be in your dream...
-More about the midsummer magic HERE- 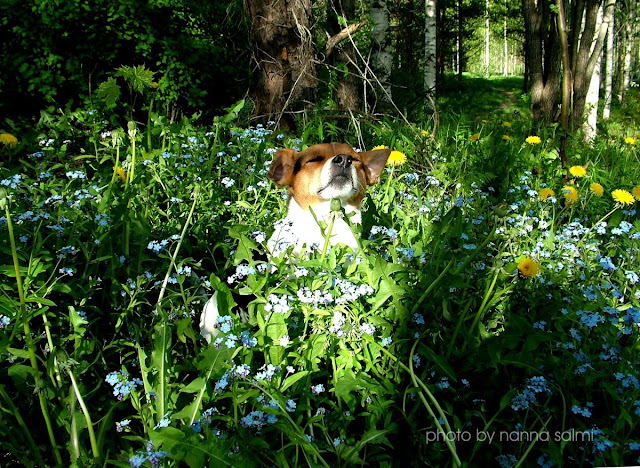 What would make this special day a perfection?
Of course - taking the horses for a night swim as well!

After that it´s nice to dress up warm and sit by the fire till the early morning
and enjoy the lightest time of the year when the sun doesn´t go down.
This is the moment we wait for the whole dark and cold winter... 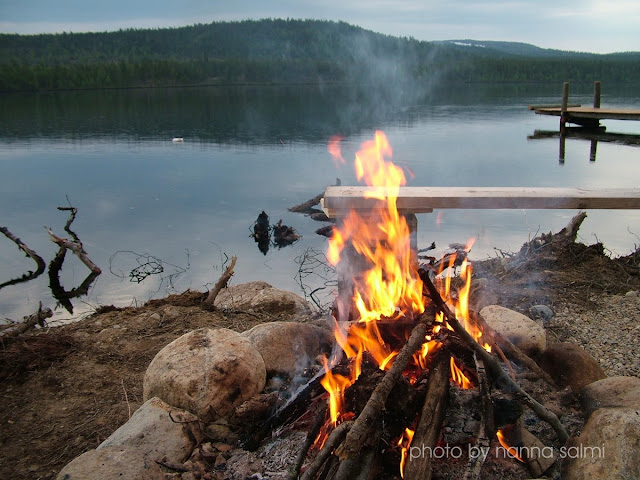 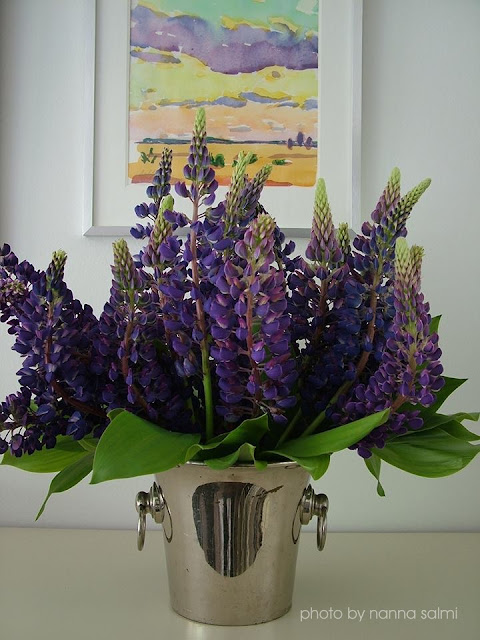 Kaivopuisto (Well Park), or in spoken language, Kaivari, is one of the oldest and
best known parks in central Helsinki, Finland, and also a neighborhood of about
500 inhabitants where the park is located.

To the south, Kaivopuisto borders the Gulf of Finland. To the north is a residential
area containing the official private residences of several ambassadors of foreign
countries to Finland, including the United States, Estonia, Spain, France, Belgium,
Brazil, Italy, the Netherlands, and the United Kingdom.

Kaivopuisto offers several hectares of parks, both on flat ground, and on cliffs.
The park also includes traces of stone fortifications built in the 18th century.
Every summer, thousands of Helsinkians come to Kaivopuisto to sunbathe,
to have picnics, or to hold sport.

The history of Kaivopuisto began in the 1830s, when the company founded by
Henrik Borgström founded the previously uninhabited and rotten city of Helsinginniemi
at the foot of the spa (Ulriikapori spa and well company) with parks.
Since Russian nobles were not allowed to travel abroad, the Kaivopuisto spa
became their favorite holiday resort and very cosmopolitan spa  for a couple of decades. 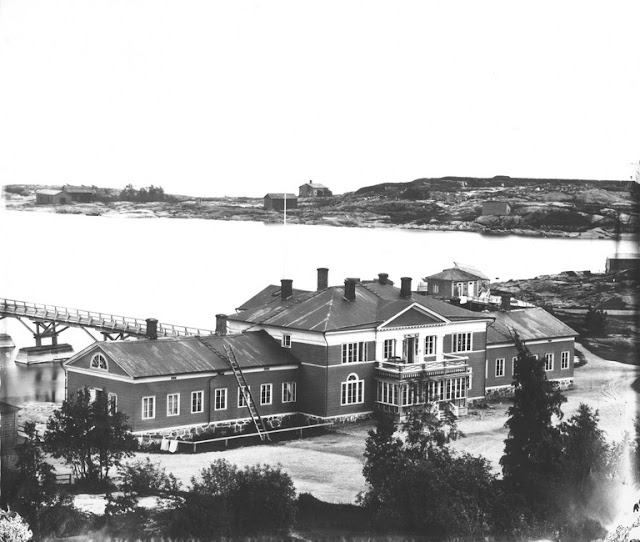 Weekend 20.-21.5. was the first sunny and warm weekend this year here in Finland.
That weekend there was a very  unique event in the middle of Helsinki;

(Horses in Kaivari). This event was a part of the official program of
Finland 100 years celebration.

The event was organized jointly by the Suomen Hippos, the Finnish Rider Association
and the Hippolis Center . There were two hundred volunteers involved.
The aim was to present the horse's versatility and significance as a part of society.

150 horses were brought to the "living room" of Helsinki and 45,000 people, including
the ex -president Tarja Halonen, came to Kaivopuisto to see varied shows,
competitions etc. It was nice to see whole families visiting the event:
some children saw horses for the first time of their life!

We had a stand at the expo area and were quite busy with the customers, but we
managed to see some shows early Sunday morning. 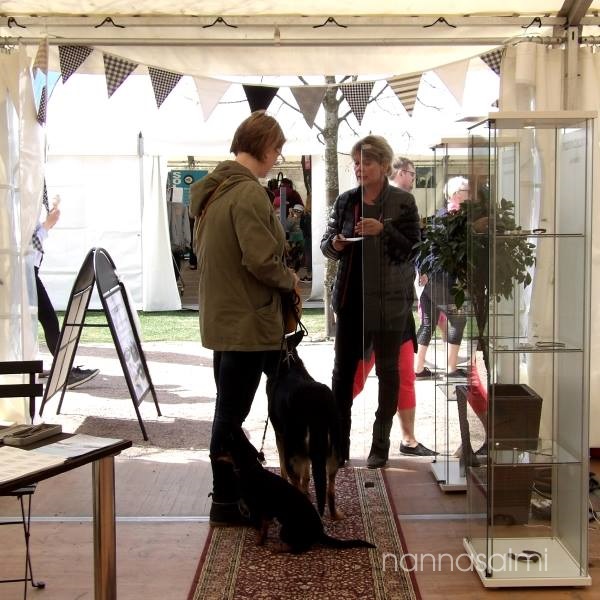 The children started the day´s shows with the ponies. You know the game:
music is playing and when it stops, you get down of your pony and
try to get a seat on a hay pale... 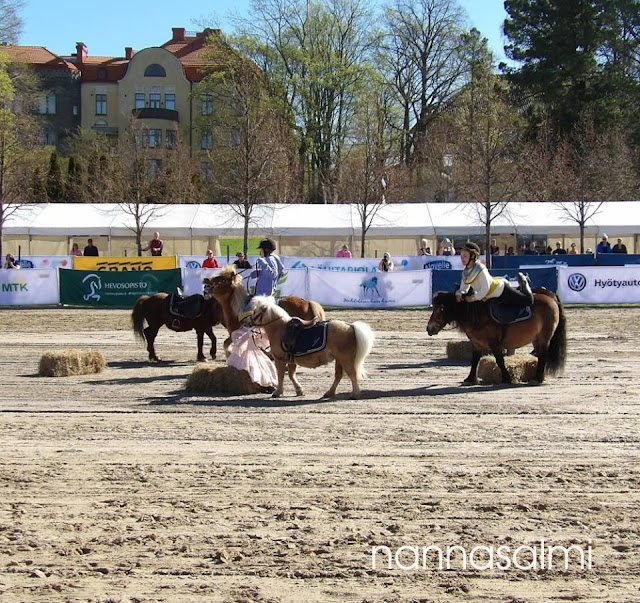 The children were dressed up in costumes: princess, red fairy,
a cow etc...

Then came the adults and their wild show of medieval tournament.
It must have been hot in the body armors! 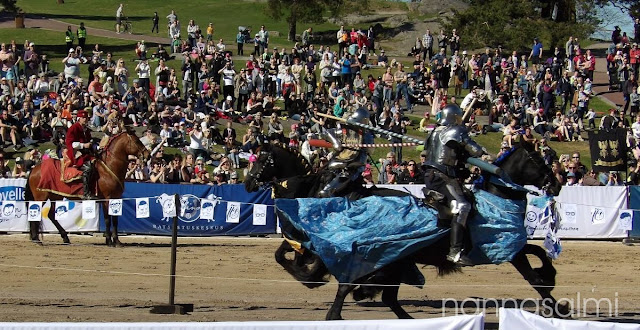 This year the Finnhorse is also celebrated.

The 110 years story and history of the breed was also told.
A Finnhorse has had a very big and
important role in the war and agricultural history of Finland. 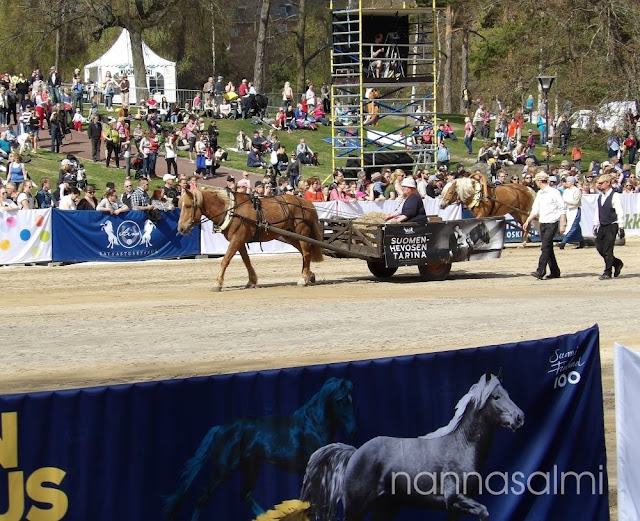 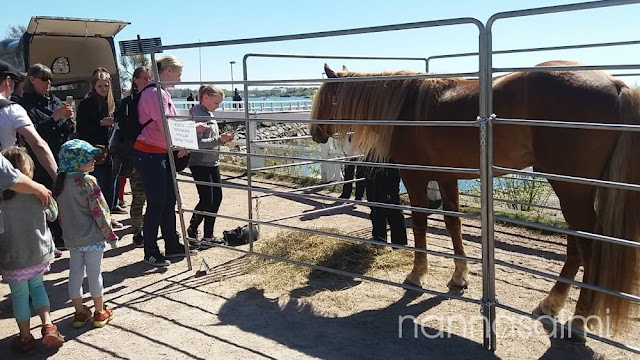 Would you like to take a selfie with a Finnhorse?

These following photos are from the event page hevosetkaivarissa.fi

Thank you for the organisation, volunteers and the audience for
a lovely and a very special event!