"The original name of the cloth was tweel, Scots for twill,
it being woven in a twilled rather than a plain pattern.

Like many names, a story tells that the name came almost by chance.
About 1830, a London merchant received a letter from a Hawick firm,
Wm. Watson & Sons, Dangerfield Mills about some tweels. The London merchant
misinterpreted the handwriting, understanding it to be a trade-name taken from
the river Tweed that flows through the Scottish Borders textile area.
Subsequently the goods were advertised as Tweed, and the name has remained ever since."
-Wikipedia-

"Tweed is a rough, woollen fabric, of a soft, open, flexible texture, resembling cheviot or homespun, but more closely woven. It is usually woven with a plain weave, twill or herringbone structure. Colour effects in the yarn may be obtained by mixing dyed wool before it is spun."
-Wikipedia-

Is there equestrian style without tweed?
According to Mr. Ralph Lauren - no.

We think that as well! One of the most popular patterns of the
nannasalmi collection is called 'tweed'.

Do you think these would look good with your tweeds?
Or could they be "the tweed" of your outfit?

Ok, we believe that! Wear tweed around your finger or your wrist, wear it
next to your heart... Have your dearest friend with you all the time-
forever.

Our customers often say:
"My horse´s tail is all black... Will the ribbon look boring?"
May we ask: does this horse look boring?

Horsehair is like silk, wool, fur or any other natural fibre -
it is never boring what ever color. 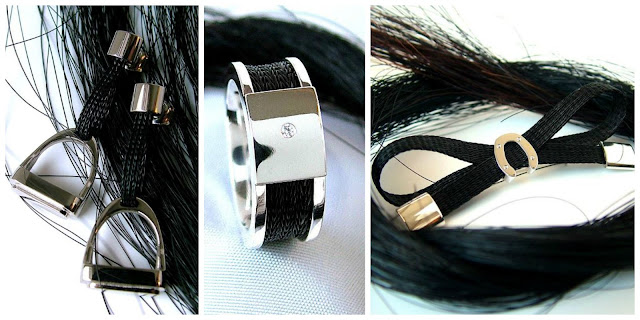 It gives the design space... 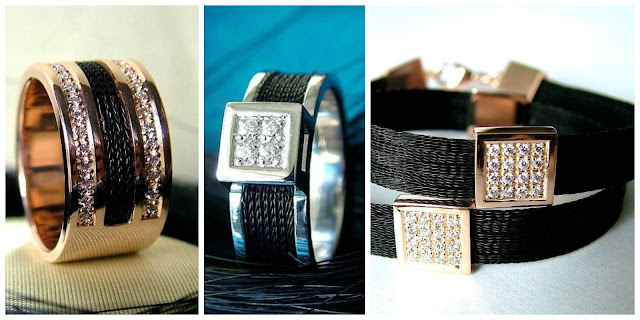 What would be a better background for diamonds? 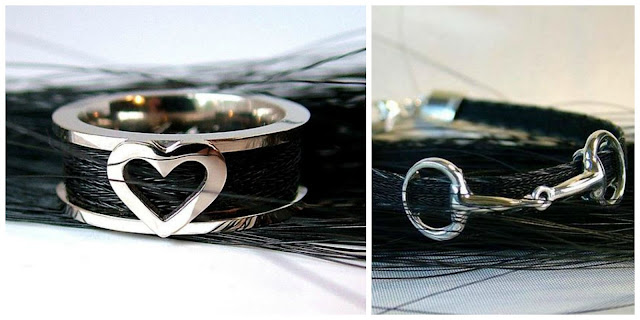 Black is cool, modern and timeless.

So, please, don´t worry if your horse´s tail is all black. It will look gorgeous!
Questions? Wish to place an order? Send us an email:
minna.maattanen@nannasalmi.com

nannasalmi in The Dublin Horse Show 2015

Dublin Horse Show has become a Dublin institution since the first time it was held in 1864.
It celebrates Ireland's affinity with the horse, from the best show horses
to the best international show jumpers.

There is something to see for everybody, you can "shop until you drop", you can spend
hours just watching audience, riders and horses from all over the world. And, of course,
you can eat and drink well and spend some fabulous days with your friends!

If you work there, the five days are interesting, they give a lot, you get to meet horse loving people and colleagues - and afterwords... you are tired but happy!

Our Irish agent, Stacey Mc Mahon / Tailored Equestrian had a concessions stand at Simonscourt and we were there for three days with her company.
Thank you all for visiting us, it was amazing to meet you all and get such
wonderful feedback on the collection!

There was not too much time to go around photographing, but here some moments... 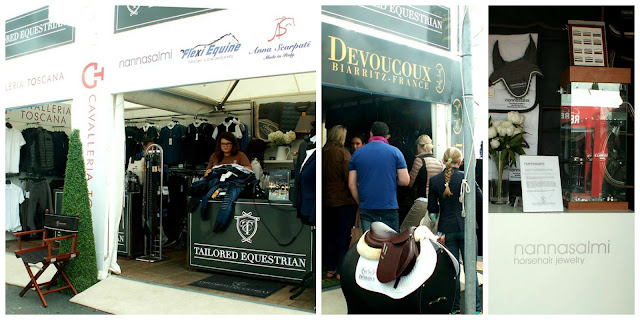 Tailored Equestrian represents the top brands like Cavalleria Toscana, Parlanti, Animo,
Anna Scarpati, Devoucoux and Flexi Equine. And, of course, nannasalmi horsehair fine jewellery. If you are in Ireland, contact Stacey, she would be more than happy to help you with shopping these exqlusive brands. 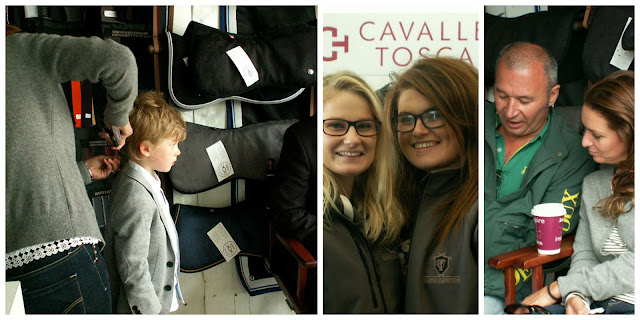 She is amazing  Clemence Faivre Gala 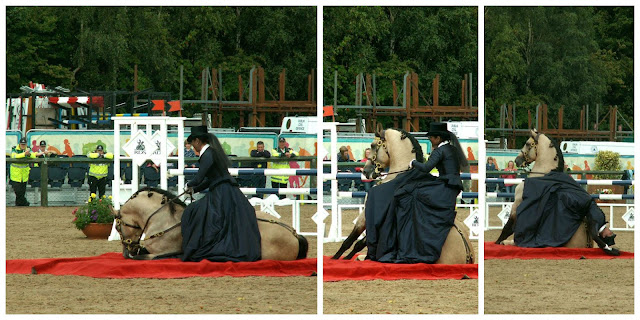 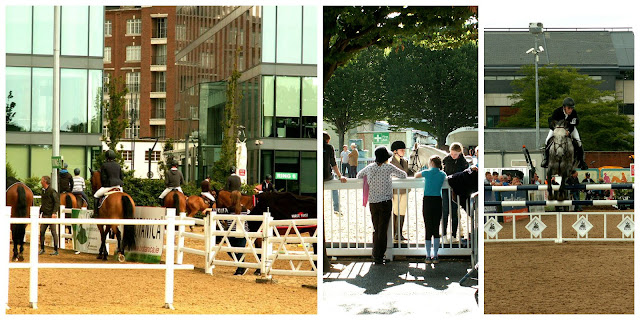 The foals were cute!
The mares took it easy and calm but children, you know,
sometimes they just get hungry... 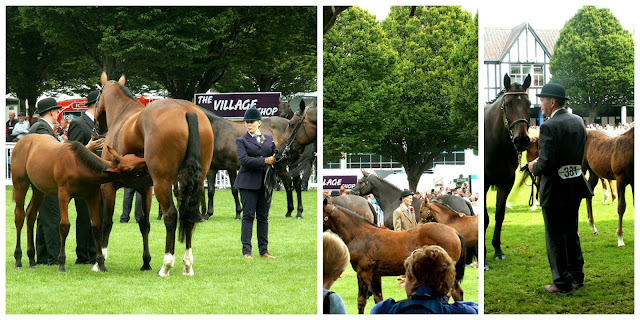 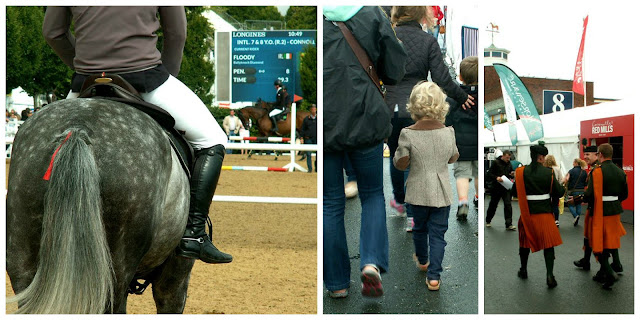 Everything has got an end... Sunday evening, 7 p.m. it was all over. For the audience.
Then started cleaning, packing and driving horses and riders back home to wait
for the next show! 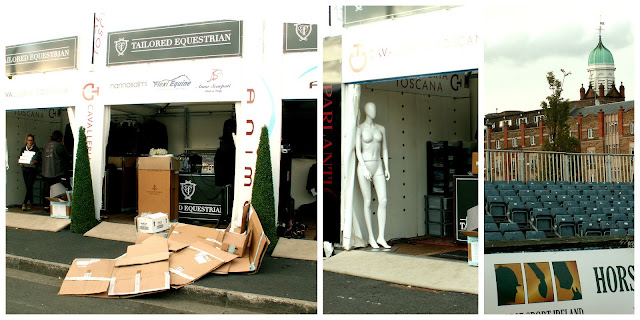 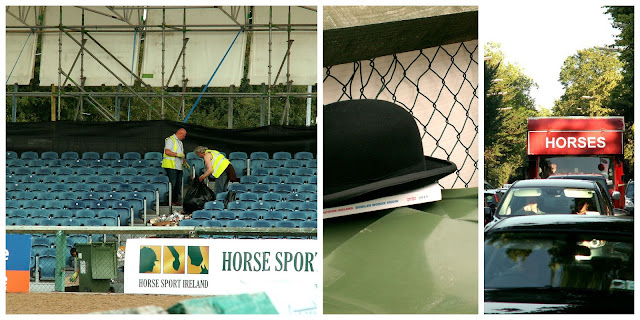 Thank you, Dublin, for friendly people, beautiful city and a wonderful show!
See you next year 20th-24th July, 2016

Email ThisBlogThis!Share to TwitterShare to FacebookShare to Pinterest
Labels: Equestrian lifestyle, nannasalmi on the road

My girl (Trocadia) has a special story. She comes from the stud Olympia. After a few races she has been rejected. One win and a few positionings haven´t been enough. Afterwards her previous owner (herself a jockey) took her and she got 2 foals.

Her owner kept the foals but the mare in addition was too expensive. By chance I heared of her, went to see her and immediately fell in love with her. She set me back 200 €. We moved to a western barn and I decieded to ride her in western style.

Since about 2 months she is under the saddle now. Sometimes we still have some differences. She has a lot of character and she is very intelligent. But anyway I prefare those horses.

She is a real beauty (and she knows it very well). And for me she is very special. My dream and my wish complied absolutely with her. 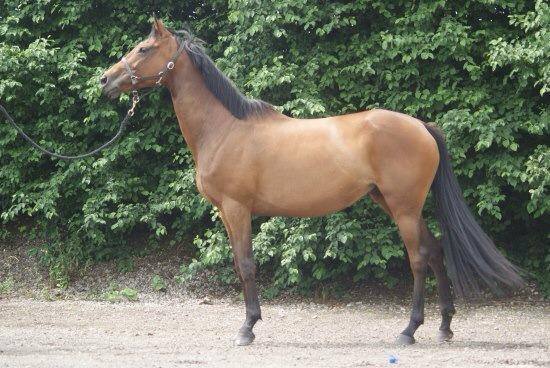