From the Wilderness to be a Top Model

Signed photos by Wojtek Kwiatkowski, others from Ursula´s home album 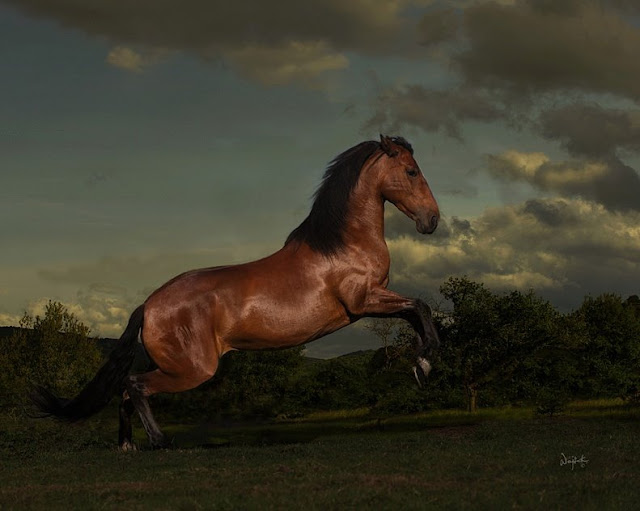 Luna in the Baroque Horse Magazine. They published a photo of Luna once and later asked Ursula to submit her story of taming her.

I often dreamed of adopting and taming a Mustang. The first time when I was a kid in Germany after watching the movie "Misfits". I used to look at internet adoptions when I lived in England after reading the book "Shy Boy".

Then on this day ten years ago I went to a BLM adoption event, I met some nice Mustangs, watched a gentling demo, met great people and went home with some pamphlets.

I sent a friend request to the TIP trainer that I met there and looked thru her photos......and there she was. 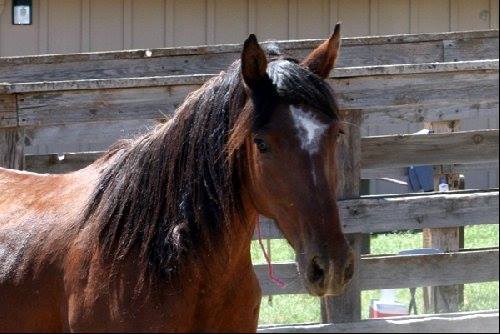 It was love at first sight. A few days later I went back just to look at her, but knew right then and there that I had to have her. That mare had other ideas, but with a lot of patience, time and never giving up this wild horse took me into her heart. ( I can't even type this without tears)

I named that mare Luna. 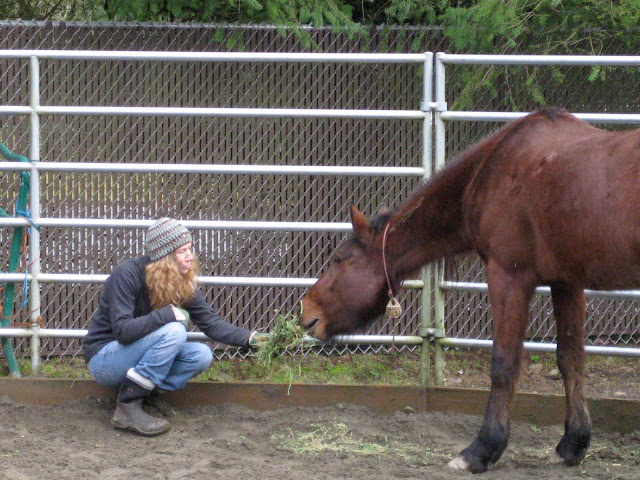 She had a colt a few months after she was captured. 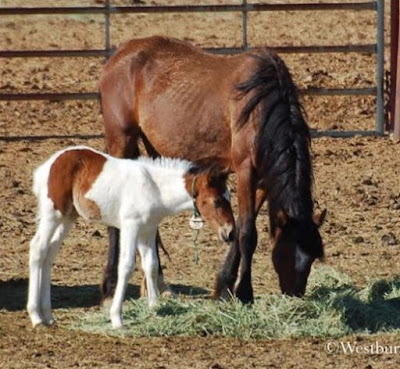 Luna and I. Learning to lead. 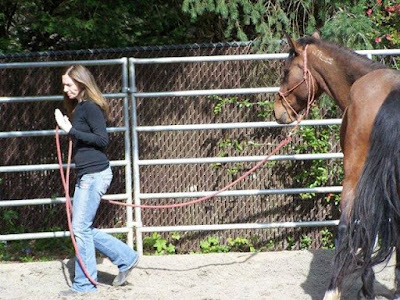 There was a time when I seriously doubted that I would be able to teach Luna anything.
But she started teaching me. 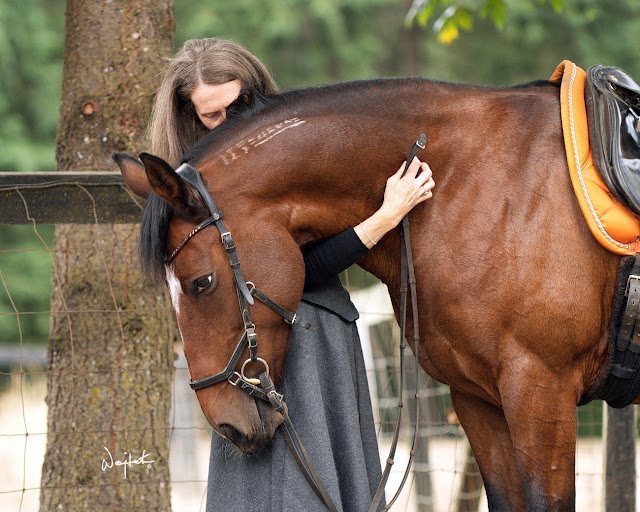 I am incredibly blessed to have her as my friend. 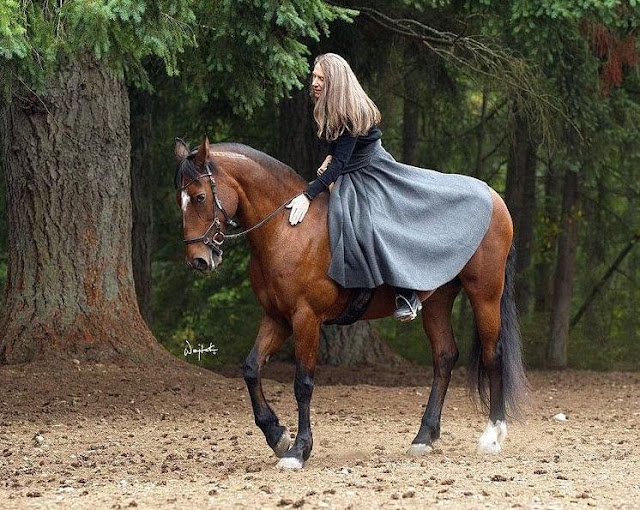 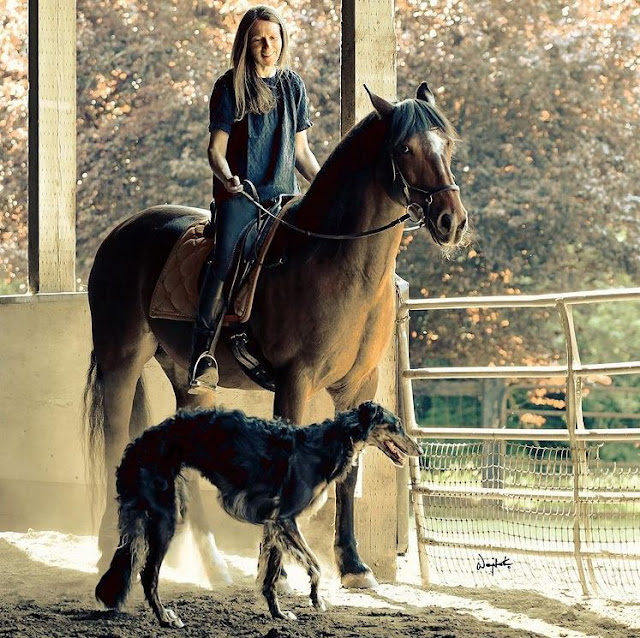 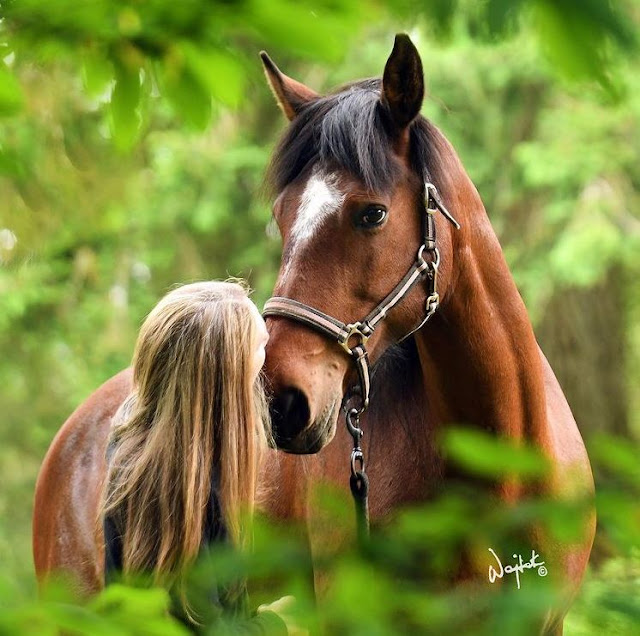 Pure love.
Cattle ranchers don´t like that.
For decades, BLM has rounded up wild horses and burros, aiming to do it every three to five years. In 2018 the bureau removed over 11 000 wild horses and burros nationwide. But the taxpayer-funded corrals and pastures, where horses wait to be sold or adopted, are nearing capacity.
Slaughtering horses for food is illegal in the U.S., but a market exists in Europe, Japan and Russia. This is why brokers called “kill buyers” send trailers full of horses, both wild and domestic, into Mexico and Canada, where slaughter is legal. In 2018 81,573 horses made the trip.
BLM tries to control herd populations through operations known as "gathers". For weeks or months at a time, agents and contractors lure horses to water traps, and chase them with helicopters into temporary pens—six-foot metal fences covered in burlap. The horses are trailered to one of 20 permanent facilities the agency owns around the country. There, the stallions are gelded, and along with the mares, are branded with a freezemark.
Adopters used to pay a $125 fee, but in March 2019 the BLM began paying them $1,000 as an incentive. Adopters get half up front, and receive the rest after BLM checks in, at the end of one year, and finds them to be doing a responsible job. After a year and a day, the adopters can buy the horse, and become his legal owner.
Activists focused on the plight of wild horses beginning in the 1950s, largely due to the crusading efforts of Velma Johnston, better known as "Wild Horse Annie". Johnston convinced Americans that mustangs, which had been set loose on range land as they were replaced by cars and tractors, were national treasures, and that roundups were ruthless and excessive. Congress agreed, and in 1971 passed the Wild and Free-Roaming Horses and Burros Act, which declared the animals to be “living symbols of the historic and pioneer spirit of the West.”
Summary from the original article by Sam Bloch / The Counter:
"How America’s wild horses end up in slaughterhouses abroad" (link to the original article) 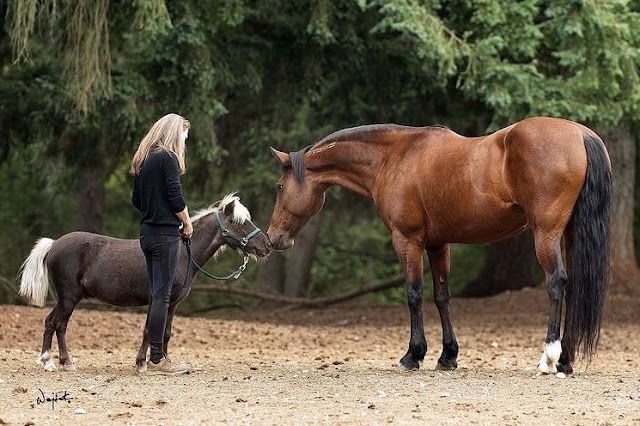 Luna´s little friend, late Carlos, was a rescue pony.
A bracelet Faune was made for Ursula. Here is the ribbon woven for it: 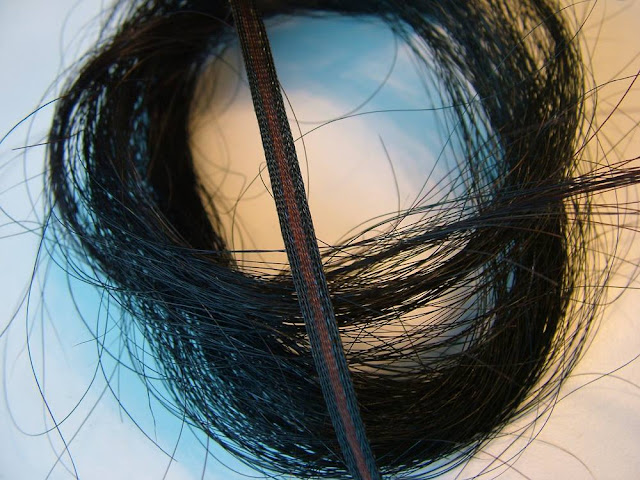 nannasalmi horsehair bracelets
Thank you, Ursula, for sharing your story and these stunning photos with us! Luna and you are a perfect example of power of love, care, patience and trust.